« Without any alternatives, left and right are meaningless categories. It is like two sausages salesman, one offers more ketchup, the other one more mustard. Everything is about two different ways of passing on the same sausages to people”.

The Birgit Ensemble has chosen to interrogate one of the most significant events of the second half of the 20th century in the Western world: the fall of the Berlin Wall. By combining archival documents, speeches, excerpts from films, songs, improvisations, they tell a story in three steps – the union, the disunion and the reunion – by using an original scenic process: the space is bi-frontal and the spectators divided. The show proceeds, different but simultaneously on each side of the wall that has been built on stage.

Reenacting the history of the Berlin Wall responds to the desire to artistically question this heritage. Born between 1986 and 1990 – i.e. at the time of the fall –, today’s young adults grew up in a new world: American supremacy, definitive decline of communism in Europe, individualism, global political and economic issues. It is to express the fears and hopes of their time that the actors of The Birgit Ensemble seek to uncover the traces that remain from that November 9th, 1989: traces that defines them but on over which they have no control. What exactly did they inherit from that day?

Duration: 2h15 with an intermission

Production The Birgit Ensemble – Théâtre Gérard Philipe, CDN de Saint-Denis.
With the support of the Conservatoire National Supérieur d’Art Dramatique, d’Arcadi
This text has received the support of the National Commission of Assistance for the creation of dramatic texts (CnT)
With the artistic participation of the Jeune Théâtre National.

Revival 2019 with the support of the Scène Nationale d’Aubusson, Oxymore productions and VVD. 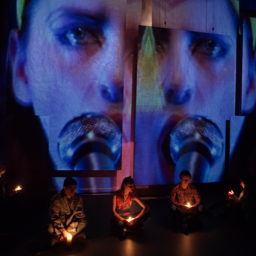