Mapa Teatro is an artists laboratory dedicated to trans-disciplinary creation. Based in Bogota since 1986, Mapa Teatro was founded in Paris in 1984 by Heidi, Elizabeth and Rolf Abderhalden, theatre and visual artists from Colombia.

Since its inception, Mapa Teatro has built a cartography within the Live Arts milieu, a propitious space for transgressing – geographic, linguistic and artistic – boundaries, and for presenting local and global issues through various thought-montage operations.

Hence Mapa Teatro’s interest in creative in vivo processes and events; in the translation and transposition of writings and scenic scores; and putting together documentation, archives and fictions.

In recent years, Mapa Teatro has focused particularly on the production of poetic-political events. Through the construction of ethno-fictions and the ephemeral creation of experimental communities, Mapa Teatro generates processes of artistic investigation and research, which are developed in diverse spheres and scenarios dealing with Colombian reality. They are laboratories of social imagination. 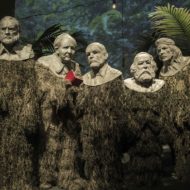 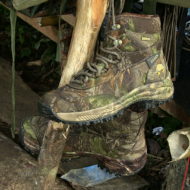 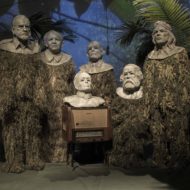 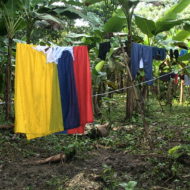