Nosztalgia Express is a dark comedy, a musical theatre piece set in Paris and Budapest between 1956 and 1989. It tells the story of a young and suicidal « Yéyé » singer, Danny Valentin, torn between the absence of his mother since early childhood and the pressure of releasing an album quickly after the success of his first single. With the help of his agent, his chorus girl and a shady hypnotist / private detective, he goes on a journey to find his mother that will lead him into communist Budapest.

“In Nosztalgia Express, I would like to blur genres, ranging from drama to spy comedy while exploring the consequences of a real historical event. In the story, to cope with having been abandoned as a child, Danny Valentin builds a fiction for himself to believe in which all the others characters will agree to feed and entertain. I want the audience to accept and believe this unbelievable fiction as well.
The chosen background and timeline are significant to me on a personal as well as intellectual level. During the few years preceding the Hungarian revolution, French intellectuals were faced with one political crisis after another which challenged their certainties. The majority of the French communists accepted the Soviet Union’s official storytelling until the Hungarian revolution’s violent repression. With the crushing of what could have been a true socialist democracy, the French Communist Party started crumbling, and with it the illusions and hopes of its famous intellectuals (Sartre, Signoret,…).
On November 4th, 1956, an entire part of the French population was orphaned of its ideals – at the same exact time as little Danny was abandoned by his mother.
In this piece, I would like to explore how the manufacturing of fiction can sometimes fill otherwise unbearable voids, charging the world around us with meaning as an act of survival and hope.”
Marc Lainé


Written and directed by Marc Lainé 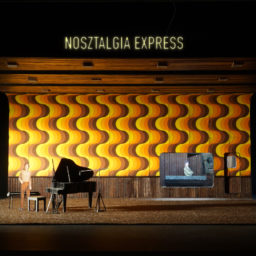 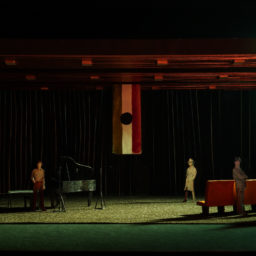 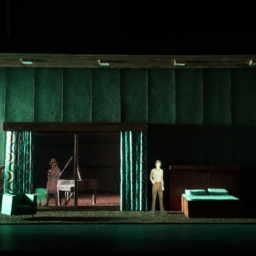 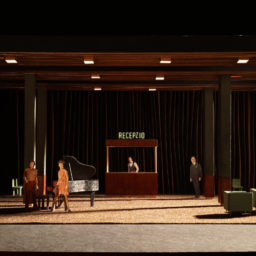