A few years back, Raimund Hoghe first discovered “Postcards from Vietnam”, foldable paper cards depicting people and landscapes, at a street vendor’s stall in Paris. They seem very fragile and were produced in a country Raimund Hoghe – as do many others – has been associating with the Vietnam War since the 1960s. In his new piece, these postcards act as signifiers. They are mementos and projection foils and refer to history, its fugacity, yet also to departure. The cards simultaneously reminisce about the longing for another life. “Wenn keiner singt, ist es still” (“It is silent when nobody sings”) is the title of Raimund Hoghe’s new publication. As in all his plays, music plays a central role here, too. So, Raimund Hoghe interweaves 1960s protest songs with Bach and Handel arias.
In “Postcards from Vietnam”, Raimund Hoghe continues his collaboration with the two exceptional dance personalities Ji Hye Chung and Takashi Ueno. Raimund Hoghe first worked with Ji Hye Chung on 2016’s “La Valse” while having created several pieces with Takashi Ueno since 2010, among them “La Valse”, “Cantatas” and “Pas de Deux”, with whom they most recently performed in Singapore. 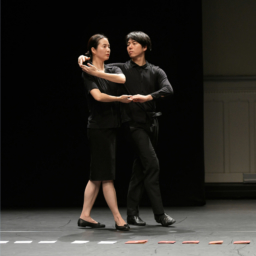 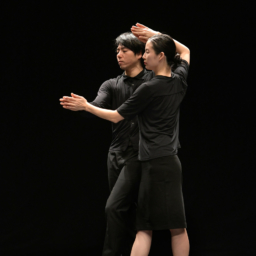 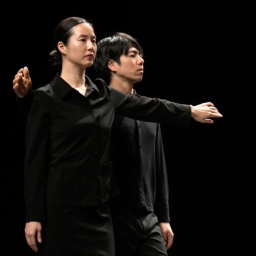 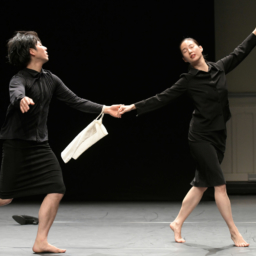