After having questioned certain major events of the European history, the Birgit Ensemble now wants to take a closer look to what we have inherited from the 20th century. Roman(s) National is interested in the way in which the Republic has forged its identity through a singular narrative carrying in its wake numerous historical and political references.

For the first time, Jade Herbulot and Julie Bertin bring us to the fictional register: between a political tale, a narrative of anticipation and a fantastic tale. It tells the story of the last ten days of the presidential campaign of Horizon, the liberal-conservative party, whose headquarter is located in the former Museum of Man, now privatized. Personal interests are gradually blending with political issues, while the belief system of the candidate begins to waver when the anger of former colonized individuals resurfaces in the headquarter’s basement of the campaign. By summoning in our story some magic and invisible forces, our wish is to bring together two territories that seem to be incompatible in our contemporary imagination: the political space and the world of the invisible. But can a future President really believe in ghosts?

With the support of the DRAC Ile-de-France, Ile-de-France Region, the ADAMI, the SACD Theatre Fund, the SPEDIDAM, the Maison de la nouvelle Calédonie, the Théâtre de la Bastille, and the Carreau du Temple.

The Birgit Ensemble is supported by the DRAC Ile-de-France, the Departmental Council of Val-de-Marne, and by the city of Paris as part of the support for artistic and cultural residency. 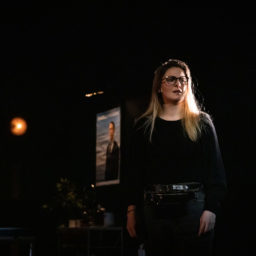 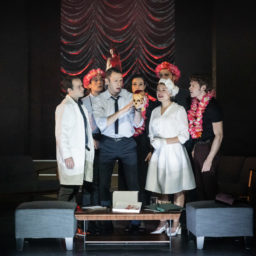 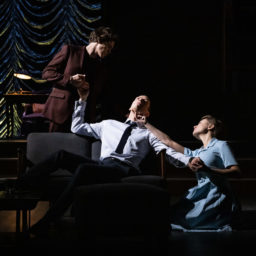